Designing with sustainability, technology and craft as a focus

Piet Hein Eek (1967) graduated from Design Academy Eindhoven in 1990 with his now-classic scrap wood cupboard. In contrast to the abundance of design customary at the time, with his scrap wood cabinet he opted for simple material, sober design and simple production in his own workshop.

He opened his own factory in Geldrop in 1992. Eek designs with the material, manufacturing technique and craft as the main focus. In 2010 he moved with his company to a former Philips factory in Eindhoven where he also opened a restaurant, shop, art gallery, event hall and recently a hotel.

Eek’s designs are robust, honest and sustainable. He has won numerous prizes and his designs are included in various museum collections, including Centraal Museum’s.

For Tribute to Visser, in 2020 Piet Hein Eek designed a quirky armchair with round shapes as an ode to his friend and designer Martin Visser. In the compact and voluptuous design of the MVPHE, Eek’s design style and Visser’s form-follows-function ideas come together harmoniously. 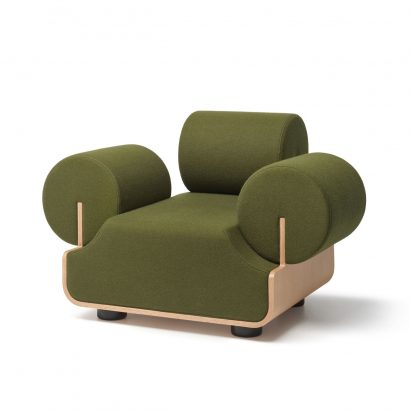