A PIECE OF FURNITURE IS LIKE A SMALL HOUSE

Architect and furniture designer Wim Quist (1930) graduated from the Academy of Architecture in Amsterdam in 1960, after which he founded his own architectural firm. In his work geometric forms and visible constructions are important themes. His ideas about designing interiors and furniture take definite shape when he designs the new wing for the Kröller-Müller museum between 1970 and 1977.

Quist sees a piece of furniture as a small building: both need to be subservient, efficient and durable, and breathe a neutral atmosphere. When designing, he takes the client’s requirements for the furniture as his starting point. Quist’s admiration for functionalism is expressed in his design: the furniture has austere, geometric shapes and serves its purpose. He does not decorate his furniture, but pays close attention to details, as can be seen in his design of the BQ museum bench for the Kröller-Müller museum.

As Chief Government Architect and Professor of Architecture and Urban Planning at the TU in Eindhoven, Wim Quist is a renowned Dutch architect. His designs include the Museon in The Hague (1985), the Rotterdamse Schouwburg (1988) and the white water balls along Anton Coolenlaan in Eindhoven (1970). 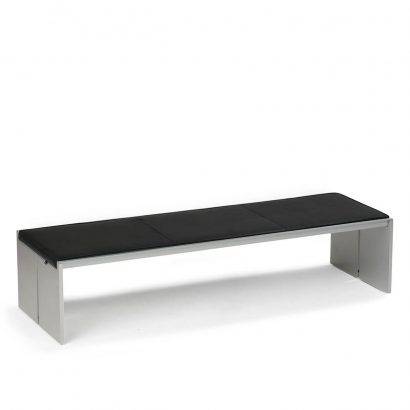